Penelope's Book of the Month-August 2020 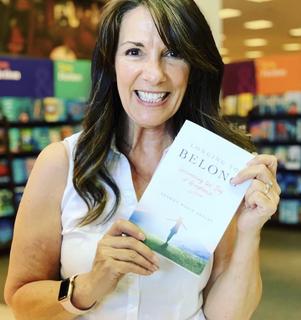 Longing to Belong—Discovering the Joy of Acceptance

Have you ever been betrayed or rejected? Were you abandoned by a parent and are still haunted by it? Did a spouse betray you? Was it a child who has rejected you or a co-worker or boss you feel betrayed by. Maybe it was a friend.

In Longing to Belong, Shawna embraces readers as good friends having a transparent conversation. She captures the pain of rejection and the certainty of hope. Through relatable personal experiences and biblical stories. Shawna takes you step by step to the truth of acceptance. This book is a resource you will use time and again.

A mother of a two-year-old said she often felt invisible, but Longing to Belong helped her see that she has value and significance. She now understands that she is not invisible, and that God sees her and values her.

A 14-year old girl heard her mom read from Longing to Belong that Jesus said in John's gospel that the reason the world hates us is because it hated him first. When the teenager understood this, she was released from the burden of trying to fit in. She said that she wanted to belong to Jesus, not to the world that hated him.

Shawna is a longtime friend. It was an honor to endorse Longing to Belong.